The 1000 Islands History Museum opened in 1995 and is located on the site of the first train station in Gananoque. Built in 1883, the original train station was the southern terminus of the Thousand Islands Railway, an 8km spur line of the Grand Trunk Railway. The station burned down in 1929 and a new station was built. The Thousand Islands Railway had the distinction of being one of the shortest railways in North America, and the only railway in Canada with a stop at a cemetery! The Thousand Islands Railway connected Gananoque to the outside world as rail became an increasingly popular method of travel. Rail transport proved vital to Gananoque’s burgeoning manufacturing and tourism sectors in the late-1800s. Passenger trains ran to and from the station until 1962. After passenger service ended, a restaurant was added to the building. The station burned down again on the morning of 24 September 1990. The Historic 1000 Islands Village Complex was built in its place in 1994, with structures designed in tribute to great Victorian homes in the area. 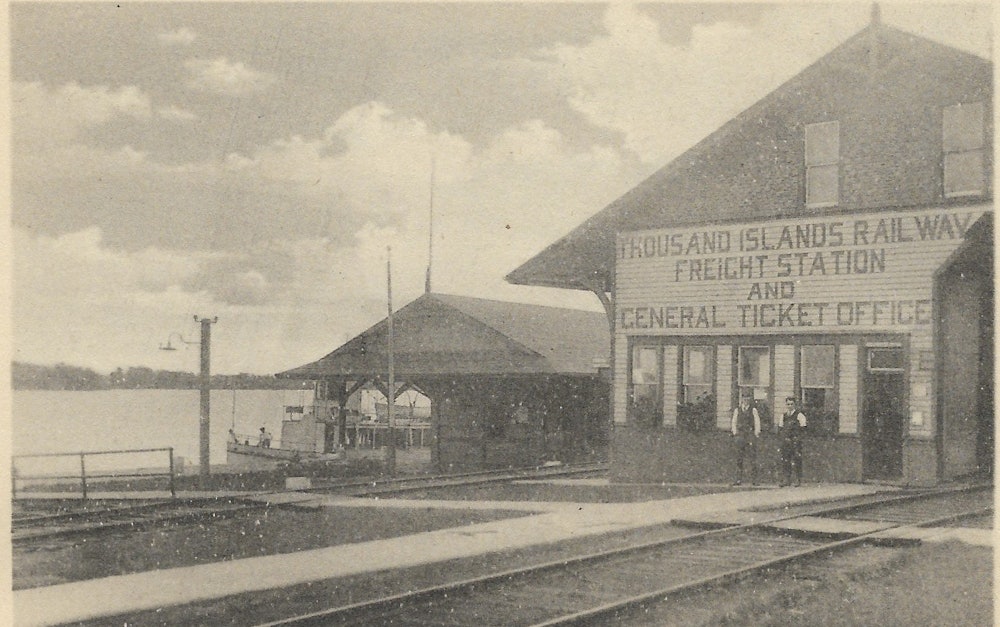 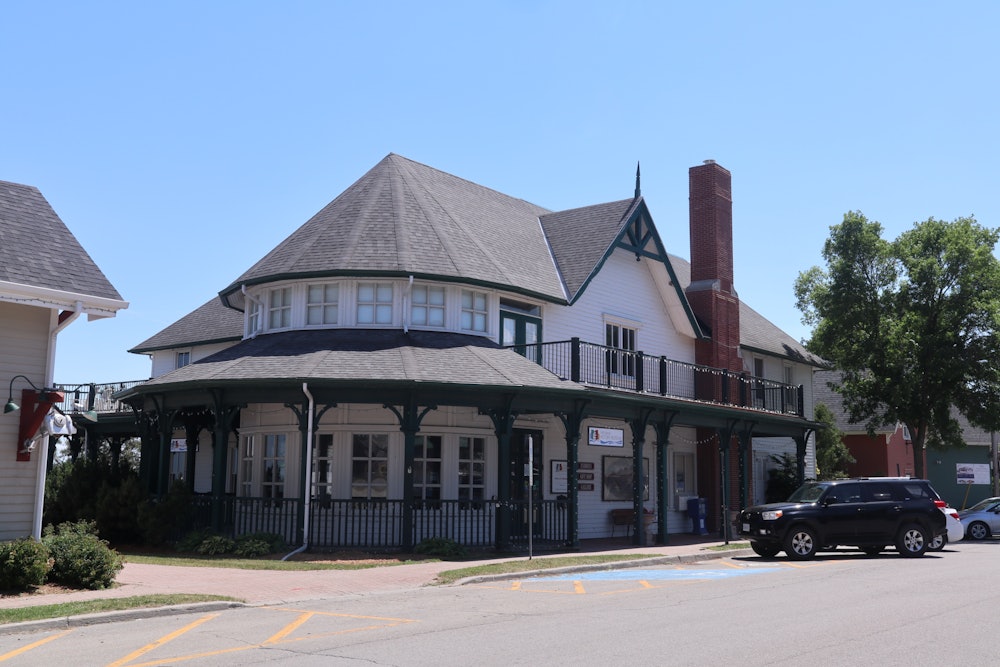 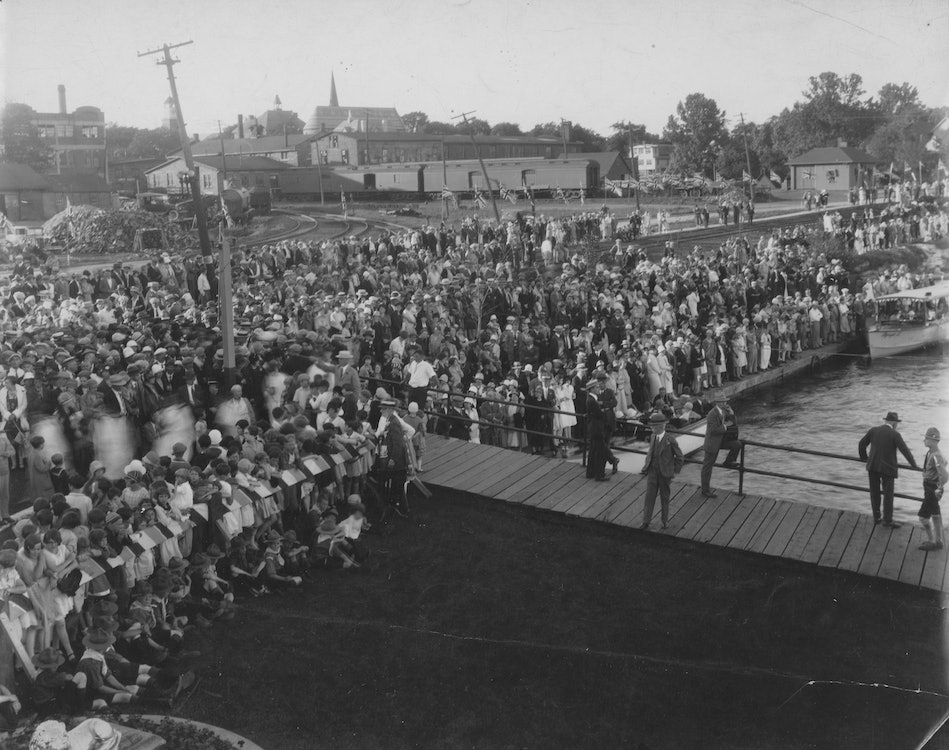 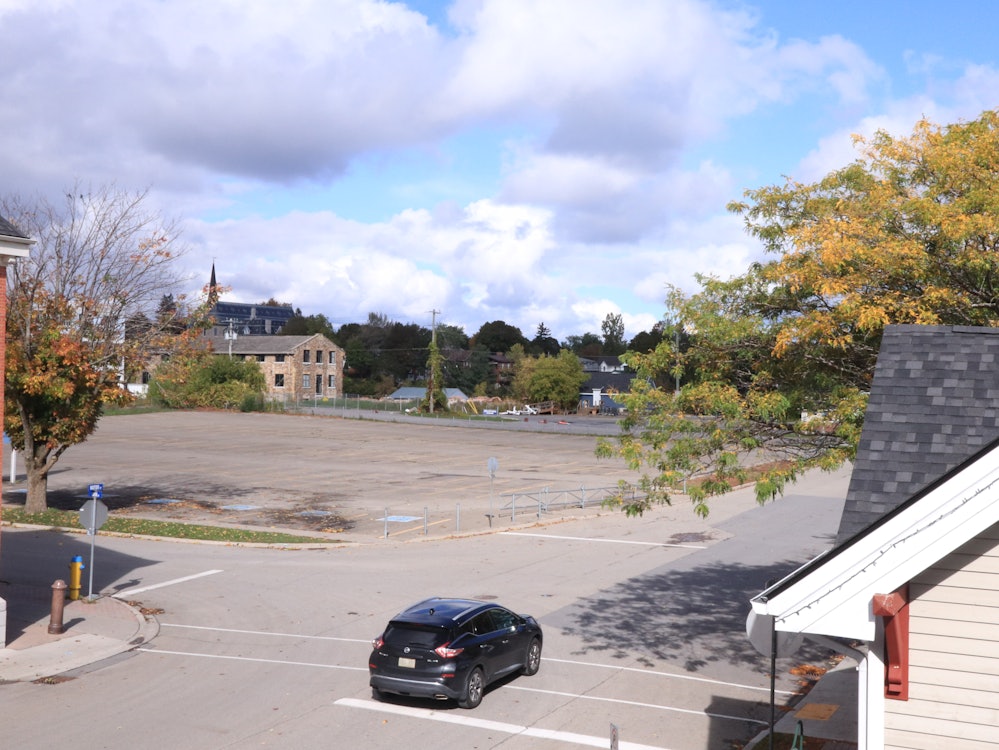